How Does Marriage And Relationship Counselling Work?

One-to-one counselling or therapy is often thought of as a place where people go to work through personal problems to process them and move on with their lives. Marriage counselling has to try and achieve this as well, but in a different context, and often with much more difficulty.

A counsellor will quite often work with individuals on a one-to-one basis and with couples who require marriage counselling or relationship counselling.

The skills they bring to it are essentially the same, that of trying to create a safe environment where people can talk through and address issues that are affecting them, either as individuals or in their marriage or relationship.

One of the issues in marriage counselling, perhaps the main issue that the therapist will need to address, is that their role is often seen as being that of a referee.

People who train as counsellor, and who specialise in marriage counselling, will have a major part of their training focused on what the role of a counsellor is in the context of someone else's relationship.

People will approach marriage counselling because of perceived problems in their relationship. These may be personal problems or joint problems between the two of them.

It is highly likely at the outset of therapy, that at least one of the parties in the relationship will look to the marriage counsellor as some sort of referee or umpire who decides which of them is right and which of them is wrong.

The marriage counsellor will need great skill to understand this approach is quite normal in marriage counselling but must avoid any sense of getting involved in the specifics of their problem.

Role of a marriage counsellor

A marriage counsellor needs to have a very specific focus, which is to allow both parties who have come to therapy, to see it as a safe place, where they can raise the issues they feel are affecting the marriage, and try to constructively work through them.

This of course does depend on both parties being open to doing this. At the outset, it is quite likely that one or both will not be looking for a solution, but just looking for someone to be on their side.

This attitude can change quite quickly if the marriage counsellor refocuses their attention on the relationship between the two of them, and helps to rebuild trust between each other.

The nature of any relationship at any level depends on trust. Trust can be damaged quite easily and can take time to repair.

A counsellor or therapist who is working with couples who are seeking to resolve problems will look to lay the foundations to allow them to rebuild trust if possible.

If two people who are in a relationship but not married enter into relationship counselling, it is sometimes easier for the therapist to help them establish trust.

This is simply because they do have the freedom to walk away from each other if they so choose, which a married couple may not have.

This freedom to walk away often implies that, because they have entered into relationship counselling, it means one or both of them want the relationship to work, and are more likely to be open to the nature of the therapy involved in this process. Look into marriage counselling near you for more information. 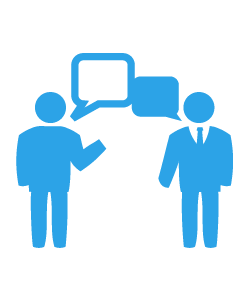 Hello! If you have never attended a counselling session before, you may have some questions about the entire process. We hope that this blog will answer some of the questions you may have. Here, you will find articles which explore a number of different types of therapy and counselling. Among others, we will look at CBT, existentialist, and narrative therapy. You will also find articles about what to expect during your first counselling session. Although we aren't trained counsellors, every writer has a passion for talking therapies and mental health. We hope you enjoy checking out this blog. Thank you.